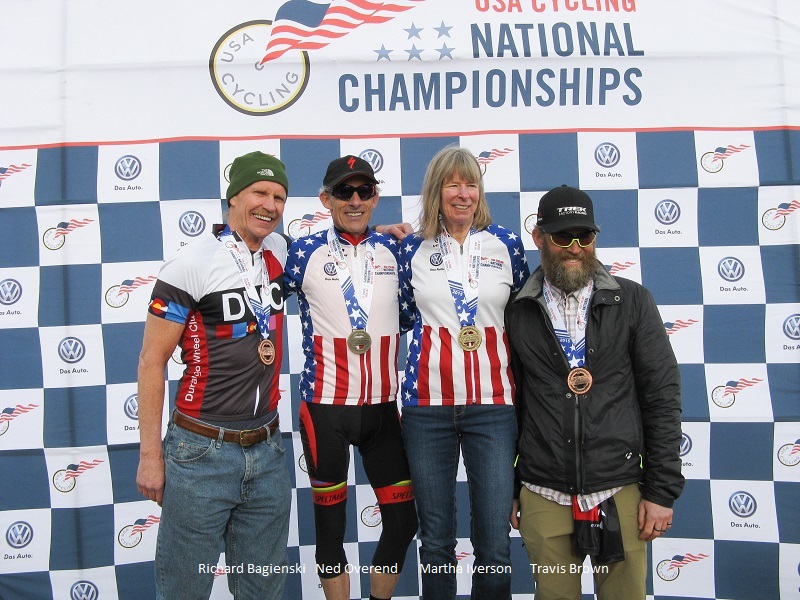 The Pro’s did three laps on the six mile loop, while the age groupers did two laps. The course was packed snow and started with a fast downhill section at speeds of 25+ mph. The middle section had high speed flat turns, and some sharp turns with berms, interspersed with many undulations. The final section climbed 600 feet to the finish.