Martha Iverson and Richard Bagienski raced the Double Eagle TT Series in Albuquerque and the Record Challenge TT in Moriarty. During August Martha and Rich did two of three Double Eagle TT’s. Martha won both her races and got the overall series win in W65+. Rich won one race and was second in another giving him second overall in the M70+.

On Sunday, September 3rd Martha won the W65+ 20K at the Record Challenge TT. Bags won the M70+ 20K. He was excited to beat the last two previous winners. Both were totally amazed that Martha had the fastest 20K time of all women 55+, and Rich had the fastest 20K overall.

Bags said that the 7:30 AM was interesting with 50F temperature and variable winds. The time out was 14 minutes, but the wind came from the North coming back, making it 17 minutes of agony coming back. After that, Martha and Rich hung up the TT bikes for the season. 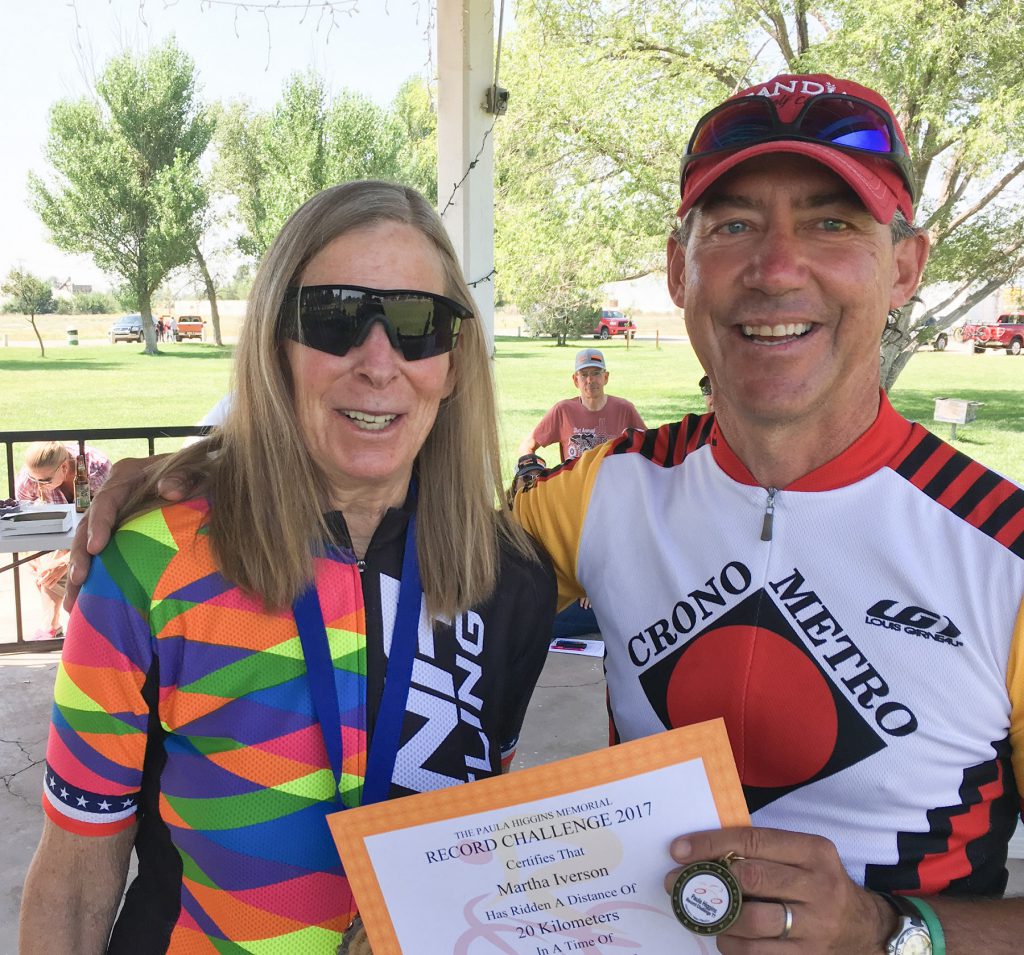 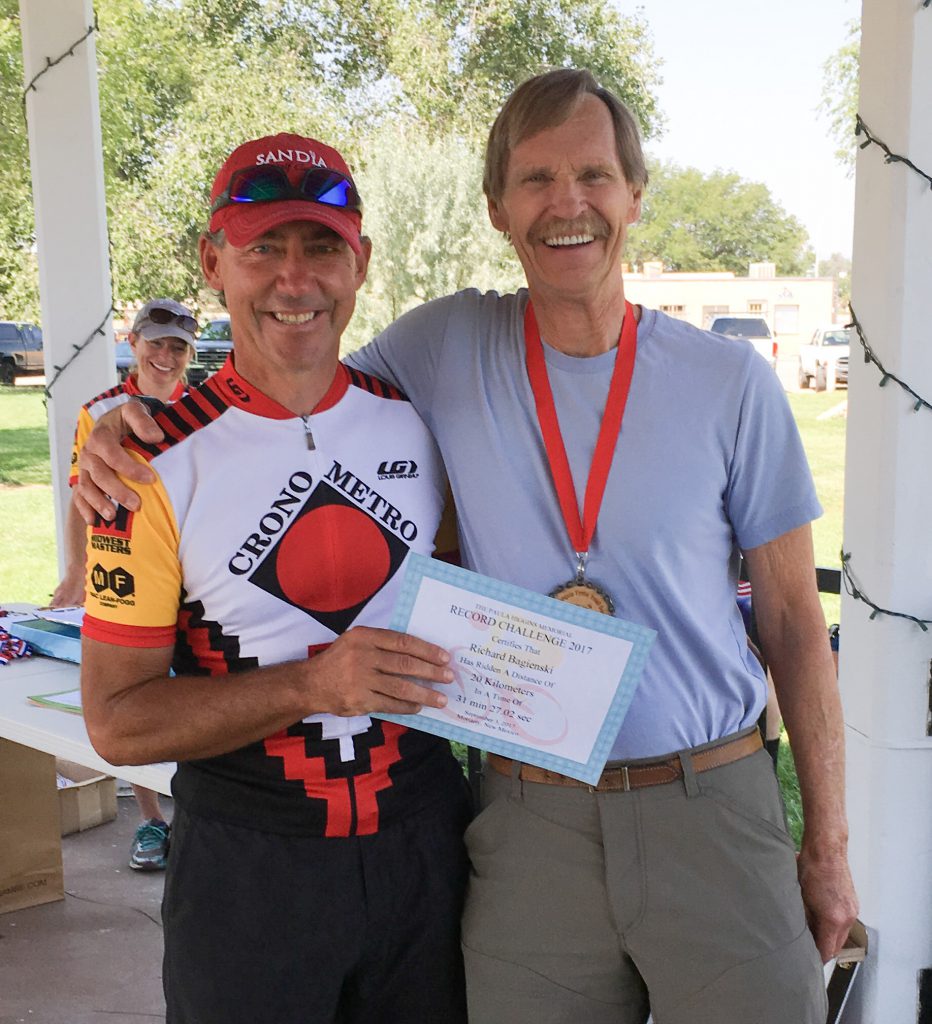