Tonight is your last chance to sign-up for Todd’s Durango Dirt Fondo! Walk-up registration will be open at the packet pickup party at Carver Brewing Company from 5-7 pm!

Go to the FB page for all the info CLICK HERE!

Todd’s Durango Dirt Fondo was created to get people together to ride some of the best trails Durango has to offer. Todd wanted to have an event that would be inclusive, fun and support the community. He wanted it to have something for everyone from the young beginner, average intermediate, all the way up to an advanced ripper. Basically, he wanted to take everyone for a ride on some of his favorite trails.

The first Fondo was held in 2015 in conjunction with the 25-year anniversary of the first mountain bike World Championship that were also held in Durango. Since then Durango has been represented in mountain bike racing at every Olympic Games since it was included back in 1996.

One vision Todd had when he created the Fondo was to open a new piece of trail each year with the Fondo, so far we’ve done just that. The Fondo has also raised money for the following groups: Trails 2000, Mercy Medical, Search and Rescue and NICA.  Come ride the hallowed trails that have created some of the greatest champions the sport has ever produced. 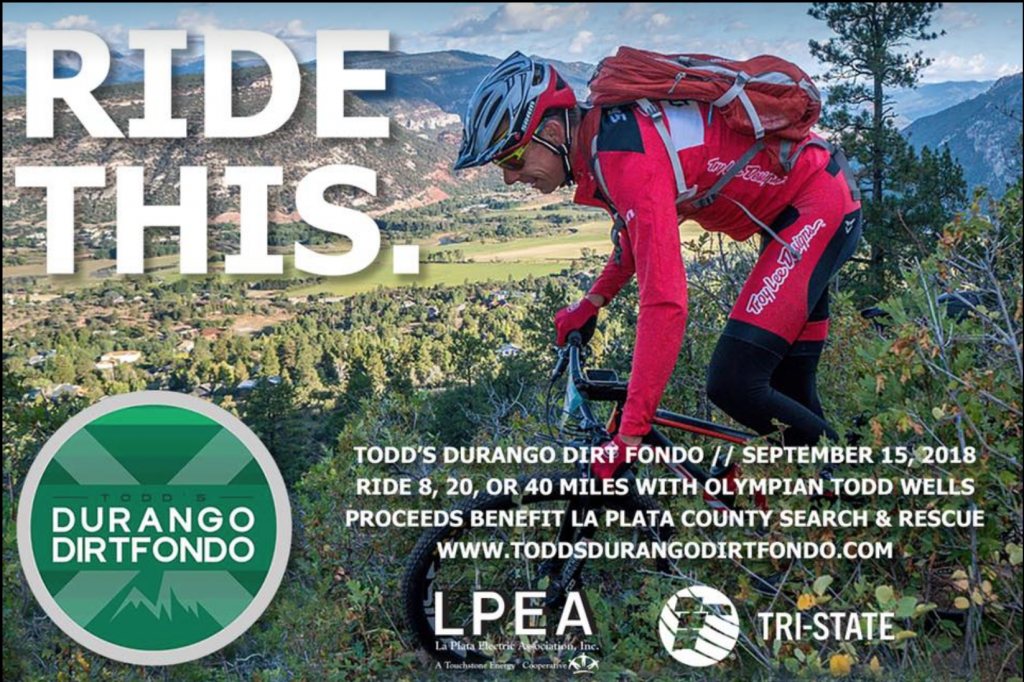